Hi All
Audrey Erlandson raced the 2011 Penticton Ironman this past weekend and placed 1463 out of the 2832 triathletes. She finished in 13:22:31. More detail possibly coming soon.
Either way,
She Killed It!

Posted by Comox valley Cycle Club at 9:33 PM No comments:

Hi All
The North Island College Criterium went off without a problem today as a great weather and volunteers showed up to help test the new course.
After lots of practise laps and sprints, and discussion, the course was reversed and modified to make the course safer due to sunlight concerns, and an angled corner.
Riders attending this free event were Mark and James Grant (who earlier in the day won the Junior TTT in Nanaimo), Steve Grant, Nigel Hutcheson, Ray Wagner, and Jeff Matell.
After all the practice laps Nigel, Ray, and Jeff decided they had LOTS of energy to race a 10minutes plus 3 laps criterium. After numerous attacks, counter-attacks, and getting tired, Jeff Matell took top honors as Ray and Nigel duked it out for 2nd and 3rd.
A BIG thanks to Ray, John Bernard, Hilary, and Trevor, and all the riders for helping to setup/takedown the event and all the feedback needed for this course to possibly be used in the 2012 race season!
D
Photos? if i can find my camera-transfer cord?
Posted by Comox valley Cycle Club at 11:08 PM No comments:

Hi Everyone
The fitness testing guys are back in town on August 20,21. Details here 1,2,3.

Tripleshot cycling club is hosting a TTT in Duncan on August 21. Race Bible

And lastly. The club is hosting a criterium in the North Island College Parking Lot. 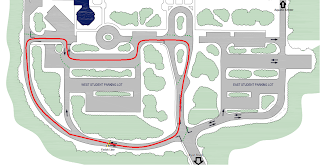 Here is the schedule for the NIC Criterium ride on Sunday, August 21.
5:45pm-rider sign on.
6pm-first riders on course
6:30pm-first sprints practices
7pm-If deemed safe and rideable, weather permitting, and if riders warrant; first mini-race.
8pmish-criterium over, awards, bragging rights, street cred given out.
8:30pm-course take down complete
All riders will have to sign a waiver before the event. All riders attending should bring their race number and have it pinned to their jersey. All riders should have their regular wheels on the bike, NO race wheels or special equipment. This event does not cost anything, nor is it worth any comox cup points. The club is looking at using this course in future race seasons.
The course at this point requires 3 volunteers from 540pm to 830pm (at the latest), these volunteers will be positioned around the course for safety requirements imposed by NIC.
If you are driving to the event, please park in the East Parking Lot. Course is 730 meters.

Posted by Comox valley Cycle Club at 8:22 PM No comments:

This weekend 4 riders from the club are competing in the 2011 Western Canada Games in Kamloops. From Team Trail Bicycles Eatmores Sprouts is Amanda Wakeling and Nigel Ellsay, as well as Jordan Duncan and Gillian Ellsay.
In the 14km womens TT Amanda and Gillian finished 6th and 7th for Team BC. The mens 18km TT was won by Nigel Ellsay in 25:49 with Jordan Duncan in 7th.
In the womens 80km road race Gillian finished 6th after outsprinting a manitoba rider, Amanda finished 15th.
In the mens 100km road race, Nigel Ellsay brokeaway 50km in and soloed to victory with a 2.5minute gap over 2nd and a 4 minute gap over the bunch, Jordan finished 6th.
Stay tuned for the MTB results on the 14th.
D
Posted by Comox valley Cycle Club at 7:18 PM No comments:

A great day for club riders as a total of 14 riders went down for an extremely tough course on the old lake cowichan road.
In the U13 men class Mark Grant (Team Trail Bikes Eatmore Sprouts) took the win over 20km in 36:14 with Isaac Van der Vliet coming in 5th at 43:23. 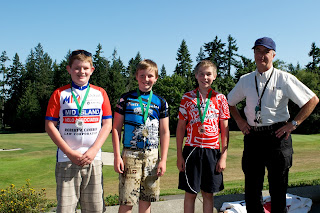 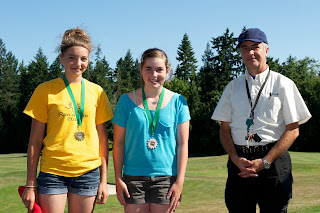 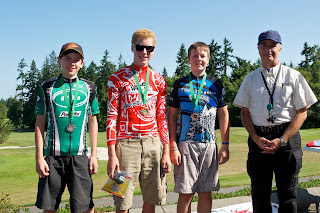 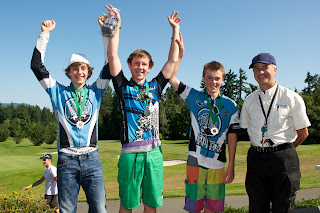 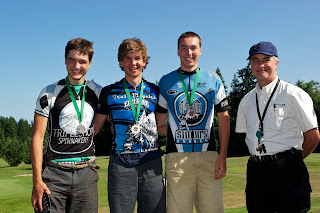 After the time trial there was a Team Time Trial with Nigel Ellsay, Jordan Duncan, Jeff Matell, and Doug Merrick competing in. In the run-in to the finish Doug Merrick was dropped and Nigel, Jordan, and Jeff completed the 20km course 29:36. 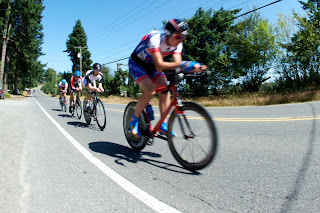